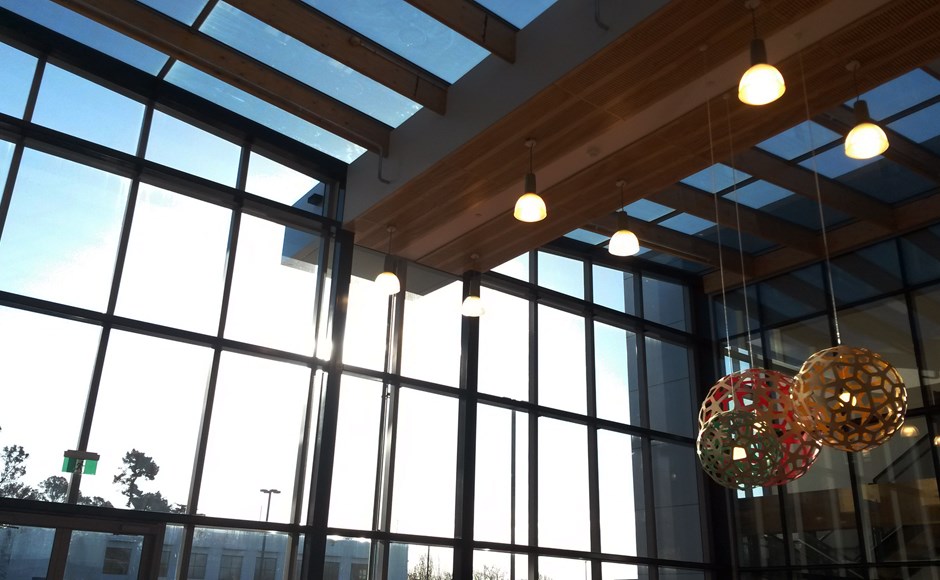 There are many factors that drive the selection of glass - below is the common terminology often referred to in regards to performance with a brief explanation of what each means;

VLT (Visible Light Transmission) - Measured as a percentage of visible light that passes through the glass. A high percentage indicates a glass that may have high clarity but may create glare. Balancing the VLT with other critical factors is important.

VLR-e (Visible Light Reflectance from the Exterior) - Measured as a percentage of visible light that is directly reflected from the exterior of the glass surface. A low reflectance value could be around 10% as clear float glass is 9% with specialist shop front or car showrooms as low as 1%. Higher reflectance glasses help to reduce VLT and solar gain as they tend to reflect both heat and light.

SC (Solar Shading) - The Shading Coefficient (SC) is a measure of the heat gain through glass from solar radiation. Specifically, the Shading Coefficient is the ratio between the solar heat gain for a particular type of glass and that of double-strength clear glass. e.g. referenced against a sheet of 3mm clear float glass as 1.00, compared to a high performing glassthat could be as low as 0.40.

SHGC (Solar Heat Gain Co-efficient) - Expressed as a number between 0 and 1. The SHGC is the combination of incident solar radiation directly transmitted and absorbed and subsequently released inward. The lower a window's SHGC the less solar heat it transmits. Solar heat gain can provide free heat in the winter but can also lead to overheating in the summer. How to best balance solar heat gain with an appropriate SHGC depends upon the climate, orientation, shading conditions and other factors. Where your project is subject to a long air-conditioning season, it is most important to reduce solar gain and therefore reduce air-conditioning loads.

SC (Shading Coefficient) - This measure is the ratio between the solar heat gain (SHGC) for a particular type of solar control glass and that of 3mm clear float which has a SC of 1.00. A very high performance glass can have a SC as low as 0.20.

U Value (Insulation) - This is a measure of heat transfer through the glass due to thermal conductance and the differential between interior and exterior environments and temperatures. Single clear glass has a U value of about 6 and IGU about 3, a Low E IGU about 2 and a very high performance IGU about 1.

VLR-OUT (Visible Light Reflectance from the Exterior) - Measured as a percentage this value indicates the visible light that is directly reflected from the exterior of the glass surface. A low reflectance value could be around 7% with specialist shop fronts or car showrooms as low as 1%, however a higher reflectance will often mean a lower VLT. 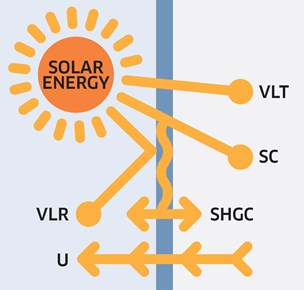